DREAM SHAKE was a $75,000 sale to Exline at OBS April  consigned by Cary Frommer
Courtesy of the TDN 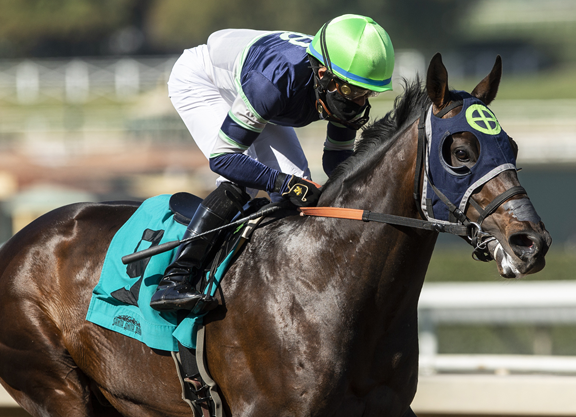 Away well from his outside draw, Dream Shake was outsprinted by almost all of them early as Baffert’s other runner Tivoli Twirl (Twirling Candy) showed the way with Bezos not far behind. He began to inch closer while four deep around the turn, and had caught up to the leaders as a :46.19 half was posted. The early pacesetters came up empty in the lane, but Dream Shake continued to kick on powerfully, scampering away 4 3/4 lengths to the good of second timer Harbored Memories (Harbor the Gold). Bezos checked in seventh, two spots ahead of Tivoli Twirl in last.

“The things that he did in his first half miles were quite impressive, but we never really tested him, we’ve always worked him against mediocrity most of the time and he’s done that pretty easily, so we were all optimistic about him, but you really don’t know until you put ’em in the gate against the quality [competition] that we had today,” said winning trainer Peter Eurton. “Against a field of this stature today, I would’ve been happy with anything fourth and above. Now that he’s done this, it’s just a question of how he comes back. I think anything further, seven furlongs to a mile, would be very good. We’ll just try to enjoy this for now, but trust me, we’ll probably be looking for a race before the evening has ended.”