Courtesy of the Paulick Report

Ashbrook Farm and BBN Racing’s Concrete Rose avenged her eighth-place finish in the Breeders’ Cup Juvenile Fillies Turf this Friday with a resounding defeat of Newspaperofrecord in the G3 Edgewood. Ridden by Julien Leparoux for trainer Rusty Arnold, the 3-year-old daughter of Twirling Candy overtook that rival in the stretch to win by 3 3/4 lengths. Off at 5-1 odds, Concrete Rose completed 1 1/16 miles over Churchill Downs’ “good” turf course in 1:43.34.

“She had one bad race (Breeders’ Cup Juvenile Fillies), there were a lot of reasons for that,” Arnold said. “We ran her back pretty quick, she’s matured a lot at 3 and ran a good race. She beat a couple of good horses in there. I would have preferred for it not to have rained. But this turf is really fresh, we’ve only run on it three days. We got in on it in a lot better spot than last fall.”

Newspaperofrecord broke sharply and went straight to the lead, taking a two-length advantage into the first turn. Concrete Rose and Leparoux were content to hang back in fourth through the early going, tracking through fractions of :23.53, :47.87, and 1:12.68.

“Before the race, she was tough to beat, but she hasn’t raced since Breeders’ Cup, so she hasn’t raced in a while,” Leparoux said of defeating Newspaperofrecord. “My filly was relaxed the whole time, and she made a big run at the end.  I rode the race, not paying attention to the one horse, I just wanted to pay attention to my filly. She was traveling good, and was relaxed. I got out at the quarter pole, and started asking her, and I knew she was going to give a big kick. The question was if the 1 was going to come back to me. Today she was great.”

Bred in Kentucky by Ron Patterson, Concrete Rose was a $61,000 juvenile purchase at the Fasig-Tipton Midlantic sale. The filly won her first two starts, including the G2 Jessamine at Keeneland, but ran eighth in the Breeders’ Cup. She won the G3 Florida Oaks to kick off 2019, and the Edgewood is the third graded win of her five-race career. Overall, Concrete Rose has earned over $400,000. 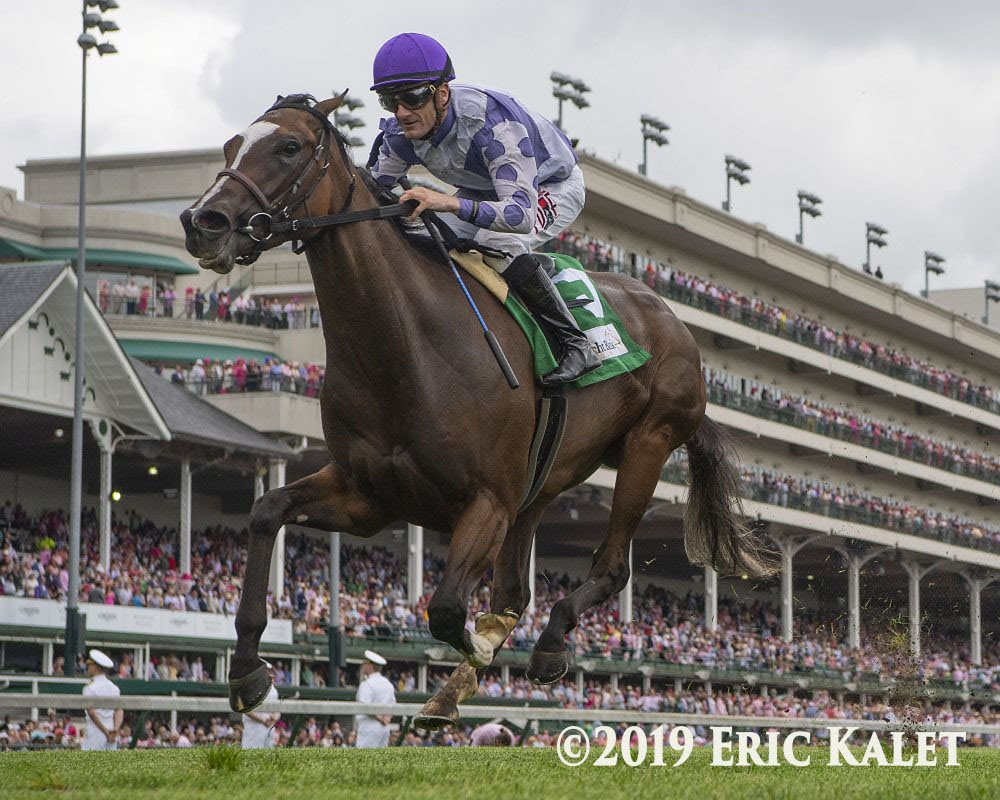 Trained on the Aiken Training Track by Cary Frommer sold by White Pine owned and operated by Justin Wojczynsk.