SW COCONUT CAKE (Bandbox), winner of the Maryland Million Ladies Stakes at Laurel Park last month, added to her resume running 3rd in the Forever Together Stakes at Aqueduct. She has upped her earnings to $293,063. COCONUT CAKE is owned by her trainer Timothy L. Keefe and by  N R S Stable and James Chambers. She was conditioned in Aiken by Cary Frommer.

It’s been 14 years since owner Mike McCarty ran a horse in the Breeders’ Cup. On that sunny afternoon at Santa Anita Park, McCarty’s Storm Treasure unleashed a devastating kick that carried him from last to third in the inaugural Breeders’ Cup Turf Sprint.

Now the longtime client of trainer Steve Asmussen will get to see his silks paraded once again on racing’s biggest stage in a different turf sprint, the $1 million Breeders’ Cup Juvenile Turf Sprint (G1T), with the improving Private Creed .

Private Creed backed up his breakout score in the Global Tote Juvenile Sprint Stakes at Kentucky Downs with another authoritative victory in the Oct. 9 $244,688 Indian Summer Stakes presented by Keeneland Select, punching his ticket to the Breeders’ Cup on Nov. 4 at Keeneland.

Asmussen admitted he was hesitant about whether the son of Jimmy Creed   would be as effective over the 5 1/2 furlongs after taking the 6 1/2-furlong Juvenile Sprint in the final 50 yards only a month earlier.

“(It) was a concern backing up in distance. He’s a big horse,” Asmussen said. “I did consult with Joel (Rosario) about which way to go with him as far as backing up to the 5 1/2 or going the two turns here, and just thought with where he’s at with his physical development keeping him at one turn. That was obviously the correct (decision).”

With the scratch of the speedy filly Love Reigns , favoritism fell to trainer Wesley Ward’s other entry, Andrew Farm and For the People Racing Stable’s No Nay Hudson . The No Nay Never  colt bested Private Creed for runner-up honors in the Skidmore Stakes at Saratoga Race Course Aug. 19 in their only prior meeting. This time, sporting French cup blinkers, Private Creed flew by No Nay Hudson in deep stretch to win by three-quarters of a length in a stakes-record 1:02.30.

It was the fourth of five stakes records to fall on Keeneland’s turf course through the fall meet’s opening weekend. Two races later, Andthewinneris  lowered the mark traveling 1 1/16 miles in the Castle & Key Bourbon Stakes (G2T).

“The difference he made up on No Nay Hudson with the addition of blinkers is an indication he’s going the right way,” Asmussen said. The colt was outfitted with blinkers for the first time at Kentucky Downs following his Skidmore third.

“(The blinkers) made the difference between getting beat and winning,” Asmussen added.

Private Creed tracked in mid-pack under Rosario as longshot Ghent  pressed opening fractions of :21.68 and :44.39. Wheeling four-wide into the final turn, Rosario moved the bay into the clear and he stormed to the wire.

“The whole time I was just the passenger,” Rosario said. “He did the job.”

BBN Racing’s Mo Stash  ran on late to get second over No Nay Hudson.

Bred in Kentucky by Sierra Farm, McCarthy acquired Private Creed for $155,000 this spring at the Fasig-Tipton Midlantic Two-Year-Olds-in-Training Sale from the Mason Springs consignment. The colt is the first foal out of the stakes-winning Sky Mesa mare South Andros, the dam of a yearling colt by Vino Rosso   and a weanling colt by Complexity  .

Mike Keogh, inducted into the Canadian Horse Racing Hall of Fame this year, saddled his last horse Oct. 8 at Woodbine, sending out Wedgewood  to finish sixth in the Nearctic Stakes (G2T). The 65-year-old is the last trainer to have had a Canadian Triple Crown winner, Gustav Schickedanz’s brilliant colt Wando  in 2003.

But when Schickedanz, also a member of the Hall of Fame, passed away early in 2019, his breeding stock was dispersed, and Keogh has been training the few remaining runners. All of the Schickedanz racehorses have since been retired to LongRun Thoroughbred Retirement Foundation in Hillsburgh, Ontario, where Wedgewood, a 7-year-old son of champion Langfuhr, is soon headed. Keogh, who has been fighting cancer since 2019, has decided to retire rather than continue as a public trainer.

“I just don’t have the energy anymore,” said Keogh, who was born in Epsom, England, home of the prestigious Epsom Derby. “After all the radiation and chemotherapy, it takes a lot out of you.”

Keogh is looking forward to traveling with his wife, Lou. “We have rented a cottage in Aiken, South Carolina, this winter, and I want to travel and see more of Canada.”

Keogh grew up around horses in England and his father, Norman, was an accomplished horseman. The younger Keogh became a jockey, but as he became too tall to ride flat races, he gravitated to jump racing before moving to Canada in 1977. The soft-spoken Keogh fell in love with Woodbine and, with the help of trainer Jerry Meyer, received his landed status, enabling him to work in his new country.

Keogh worked as an assistant to Meyer, John Tammaro, and Roger Attfield, the latter who trained the powerful stars owned by Donald and David Willmot’s Kinghaven Farms. Keogh worked for Attfield for seven years, exercising and traveling with a long list of champions such as Alywow, Peteski, Carotene, Izvestia, With Approval, and his favorite horse, Play the King, who was also inducted into the Canadian Hall of Fame this year.

In 1993 Keogh received an offer from Schickedanz to become his private trainer, the start of what would be an illustrious career.

Keogh, whose first starter, Clever Detector, was a winner, took the beautifully bred Schickedanz horses and molded them into champions. In 1996, Keogh trained Langfuhr, a son of Danzig, who won three grade 1 races in the U.S. and was named that year’s Canadian Champion Sprinter. Three years later, Keogh won his first Queen’s Plate with Woodcarver, a son of Woodman.

Along came Langfuhr’s son Wando, a foal of 2000, who tore through the Triple Crown, taking the Plate by nine lengths, the Prince of Wales by four lengths, and then overcoming trouble to take the Breeders’ Stakes by just over a length. The Keogh-trained Mobil, second to Wando in the Plate, was another son of Langfuhr who would go on to be a champion. 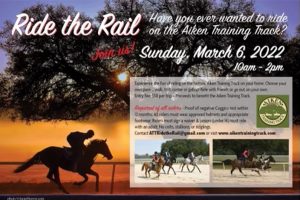 Double stakes winner KAUAI won in allowance company at Prairie Meadows to up his earnings to $300,000. He was started by Cary Frommer at the Aiken Training Track for owner/breeder H. Allen Poindexter and is trained at the race track by  Lynn Chleborad .

Courtesy of the TDN
Trained in Aiken by Legacy Stable
5th-Colonial Downs, $53,500, Msw, 7-28, 2yo, 1mT, 1:35.93,
fm, 2 1/2 lengths.
ELECTROSTATIC (c, 2, Midnight Storm–Extra Sharp, by
Cherokee Run) showed a few lively drills at his trainer’s Fair Hill
base for this career bow, punctuated by a five-furlong bullet in
1:00 flat (1/10) July 6, and was made a 28-5 proposition. Sixth
off of dueling leaders through a sizzling :22.32 quarter, the
$185,000 Fasig-TIpton Selected Yearling buy was shuffled back
two places as the tempo moderated through a :46.99 half.
Saving ground while patiently handled on the far bend, the
long-striding bay bravely squeezed through a narrow rail
opening at the furlong grounds and bounded clear to a sharp
2 1/2-length graduation over longshot Speaking Scout (Mr
Speaker). The second winner for his freshman sire (by Pioneerof
the Nile), Electrostatic is a half to Colonel Sharp (Colonel John),
MSW & GSP, $376,384. His second dam is seven-time
Grade I-winning multimillionaire Sharp Cat (Storm Cat), herself a
half to MGISW and sire Royal Anthem (Theatrical {Ire}). Extra
Sharp has a yearling Dialed In colt and produced a filly by
Audible this season. Sales History: $185,000 Ylg ’20 FTKSEL.
Lifetime Record: 1-1-0-0, $30,000.
O-Mark B. Grier
B-Susan Casner (KY)
T-Arnaud Delacour.