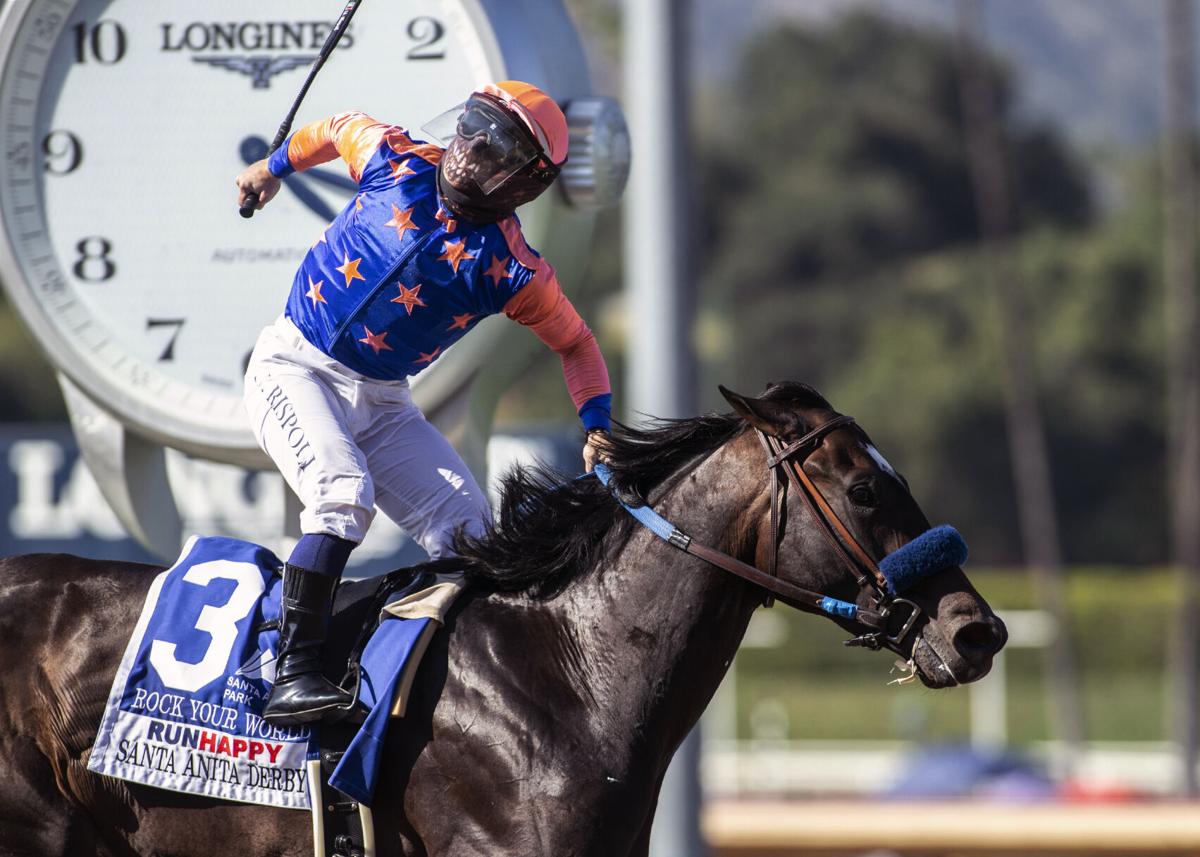 Cary Frommer, left, trained Dream Shake, who finished third in the Runhappy Santa Anita Derby on Saturday in California, while he was in Aiken.

A win eluded Dream Shake in the $750,000 Runhappy Santa Anita Derby on Saturday.

But the colt that spent time at the Aiken Training Track when he was younger turned in a respectable effort.

He finished third in the Kentucky Derby prep race at Santa Anita Park in California.

Rock Your World, ridden by Umberto Rispoli, was the winner by 4¼ lengths. The 4-5 favorite, Medina Spirit, finished second, 2½ lengths in front of Dream Shake.

Dream Shake, with Flavien Prat aboard, was the second betting choice at 4-1.

The colt stalked the pace from the inside early but never was able to grab the lead from the front-running Rock Your World.

“We had a good trip,” said Prat, who added that Dream Shake “was traveling well and the race went well.”

The colt had to break from the post position closest to the rail after Roman Centurian, who was in the No. 1 post, was scratched.

It “was not the best spot,” Prat said.

Dream Shake has won once in three career races. In his last outing prior to the Santa Anita Derby, he finished third in the San Felipe Stakes at Santa Anita.

Cary Frommer trained Dream Shake while he was in Aiken as a yearling and a 2-year-old.

Foxpointe Thoroughbreds purchased the colt for $32,000 at the 2019 Keeneland September yearling sale in Kentucky and then he was sent to Frommer in Aiken.

Frommer, as agent, consigned Dream Shake last year to an Ocala Breeders’ Sales Co. sale of 2-year-olds in training in June in Florida.

Marette Farrell purchased him for $75,000 for Exline-Border Racing.

Hronis Racing LLC and Talla Racing LLC’s Rock Your World was making his career debut on dirt in the Santa Anita Derby. He won his first two starts on grass.

Rock Your World came into the Santa Anita Derby off of a victory in the Pasadena Stakes on Feb. 27 at Santa Anita.

John Sadler is his trainer.